Building With, Not For: Developing Communities Together 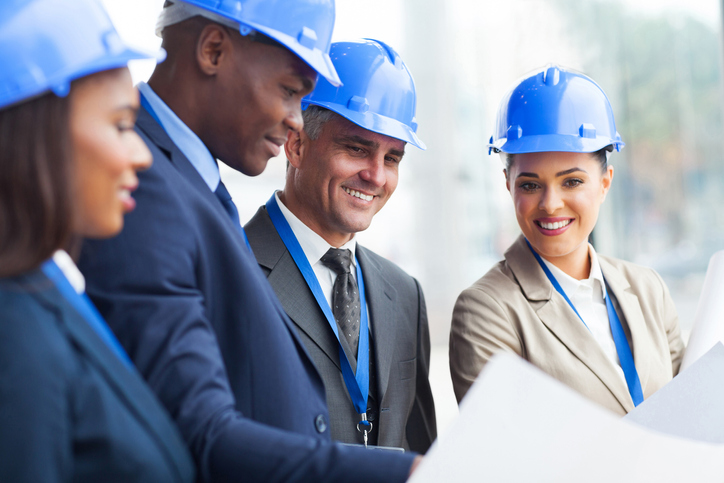 Real estate developers working with communities to determine what their needs are—it’s an idea that seems radical. When you think of a developer, you probably picture a group of people in a board room deciding what they want to build without consulting the people that live in the area first. And in many cases, you’re right.

Let’s take it back. The year is 1956. The Federal-Aid Highway Act just passed, and the United States begins constructing the interstate highway system. Communities of color are targeted for destruction under the guise that those homes need to be demolished to make way for the highways that certainly could’ve been routed elsewhere.

There are other examples of infrastructure being used to tear apart communities of color, and those collective actions resulted in thousands of Black families being displaced across the country. So the skepticism surrounding development—especially in communities of color—is more than understandable.

Given the history of infrastructure being used as a tool to segregate and exploit people of color, how do the developers of today ensure that they are:

Developers should be doing things with the community—not for them.

A lot goes into developing a property before any ground is broken. Predevelopment requires a lot of upfront time and money for architects, surveys, and more—and by the time you get to a public hearing, that’s often when the community first finds out about it.

Yes, public hearings allow people to voice their opinions, but they are also legally required. However, if you are quite literally going to change the landscape of a community, you need to do more than the bare minimum.

If you can work together with the community in the predevelopment stage, families know what’s being built, can give feedback, and there’s more trust—especially in communities of color.

Take the 38th and Sheridan Community Collaboration for example. This effort is the byproduct of marrying the ideas of communities and businesses and shows the strength of social capital. Two worlds came together through authentic engagement, and now, a previously underserved community will have a grocery store that provides healthy foods and a manufacturing facility that will provide good jobs for the folks who live there.

As developers, we can break down barriers like ZIP code discrimination and the negative stereotypes about underserved neighborhoods by investing in them and for them.

Transparency is the only way Indianapolis can become a world-class city, and if we want to build communities and foster community pride, developers need to latch onto something that is replicable. Looking at 38th and Sheridan as a case study, if we change how we’ve done things and avoid repeating unhealthy cycles, we can continue to transform Indianapolis into the premier place to live, work, and play. I’d call this disruption. We can reframe and redefine disruption as something that doesn’t slow us down, but as something that promotes more efficiency and effectiveness. Healthy disruption puts projects in the pipeline, builds businesses, brings in local employees, and most of all strengthens a city.

Here are some actionable steps developers can take to become positive disruptors:

In addition to 38th and Sheridan, another great example of these positive disrupters in action can be seen through Monon 30. Monon 30 is a new collaborative development project in the historically disinvested in Martindale-Brightwood neighborhood.

When developers show they care about the communities they serve, the community will welcome them. That building of trust and creation of authentic, organic relationships will lead to actionable insights that market analysis just can’t provide. They’ll also provide developers with the real-time data they need to show the community really wants a project to happen.

When developers see people as people—not just as consumers—they’ll work with them to find out what’s best for their community, and in the end, they’ll both thrive because of it.

Celebrating and honoring Black History Month: Essential for me and Business Equity for Indy

Talent Development: Building Every Employee to be a Champion

Getting Serious About Hoosiers’ Mental Health