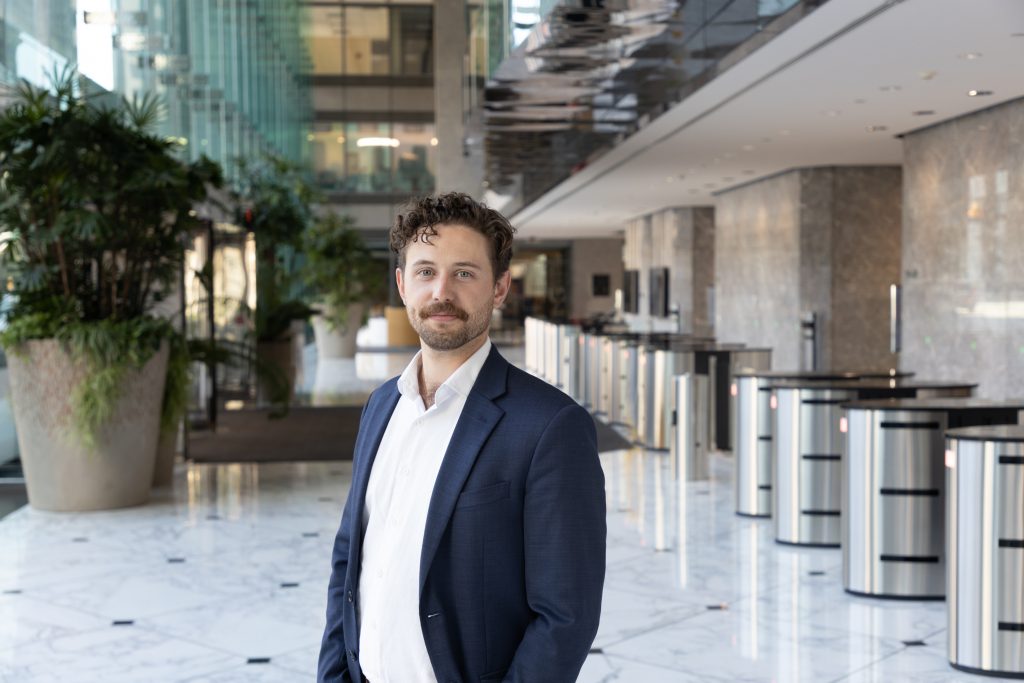 By Taylor Hughes, Director of Strategy Policy at the Indy Chamber

The summer of 2020 was a watershed moment across the globe. The pandemic was raging and the deaths of George Floyd and others launched a racial reckoning that, it’s fair to say, has changed everything—from how we live our lives, to how businesses are run, to how laws get passed.

Since that summer, the Indy Chamber has partnered with Central Indiana Corporate Partnership (CICP), the Indianapolis Urban League, and a long list of corporate and community partners to launch and grow Business Equity for Indy (BEI).

This joint effort aims get specific about the role of the Indy business community in advancing racial equity. Long story short—Indy needs a more inclusive business climate and to build equitable economic opportunity for the region’s Black residents and people of color.

A critical component of BEI’s work has been focused on public policy and how companies (individually and collectively) can push for policies that close racial equity gaps and open new avenues of opportunity. This work has been driven by a diverse coalition comprised of business representatives, racial justice advocacy groups, and community-based organizations from across the Indy nine-county region.

The Indiana 2022 Legislative Session was a short, eight-week sprint, but a lot can happen in just a little time. Let’s take stock of the major debates that came up during this years’ deliberations and look ahead to what we might expect going forward.

During some legislative sessions a single issue can soak up all the attention and debate. In 2022, however, a wide variety of high-impact proposals got the spotlight (some positive, some decidedly not).

BEI’s Policy Taskforce worked relationships inside and outside the Statehouse to push for progress and got successful outcomes in four key areas:

Among all these priorities, our efforts were chiefly focused on DEI education and pushing back on HB1134.

This session, Indiana was an outlier

Since January 2021, 41 states have introduced legislation supposedly targeting “critical race theory” but that would actually restrict the teaching of true history on race in K-12 classrooms. Of those 41 states, 15 with Republican-controlled legislature have signed those bills into law, while 14 states are still debating.

Today, Indiana is one of four states that killed similar legislation during session, without passing “half-measure” bills or having the legislation killed by a Democratic governor. So why was Indiana an outlier?

Despite the increased national attention to equity issues since 2020, there are not many places where corporate entities, community-based organizations, and advocacy groups have built authentic, effective, sustainable public policy coalitions. It sounds surprising, but its true—it’s much easier to talk a good game than to succeed in aligning organizations with very different stake/shareholders behind a common goal.

But the partners in Indiana didn’t start building these coalitions yesterday, or even just before session. Through advocacy on issues like RFRA (2015), On My Way Pre-k (2017), anti-hate crimes legislation (2019), and anti-Indianapolis legislation (2021) that would disproportionately impact people of color—these partners have been building know-how and a commitment to equitable policymaking for nearly a decade.

The efforts to protect DEI education were successful this session because of unlikely partnerships, grounded in hard-earned trust and aligned on one goal: supporting schools’ ability to teach the truth to Hoosier students, to foster respectful dialogue about hard issues (like race), and to raise up critical thinkers.

Diverse partners bring a variety of perspectives and employ different tactics. Some groups have an expertise in the legislative process and can leverage relationships inside the Statehouse. Others can speak directly to communities’ experience with the impact of legislation and can marshal grassroots representation. The talking points aren’t always the same, but the vision for what our communities need is unified.

This diverse coalition will continue its work in the off season to prepare for the 2023 budget session—a state spending season that promises to be one of the most consequential in years, with nearly $5 billion in state reserves.

That’s a lot of money in the balance—funds that could be directed to make a transformational impact and close racial equity gaps across the state.

Another variable that will keep things lively next year? The 2022 elections, where Republicans stand to gain seats around the state and possibly expand their supermajority. Supermajorities are complex. In Indiana, Republicans now hold 71 seats in the House and 39 in the Senate—creating a supermajority that can meet and pass bills without needing the minority party to even be present.

The Republican General Assembly has also been shown to be a veto-proof supermajority, at least on some issues. While this may sound like a dream scenario for the party in power, supermajorities often have factions, and it can be difficult for leadership to coordinate (or corral) all members on a given issue. The lack of intraparty consensus worked in favor of BEI this year, but it’s a complex and unpredictable reality and one we’ll need to continue to track.

With such consequential issues in the balance, no work is more critical than that to continue building trust and collaboration between business and community leaders to advance policies for racial equity. BEI has been and will continue to be positioned at the center of this work. Read more about this session’s play-by-play and get intel on what’s coming next via the Indy Chamber’s advocacy updates.

Education Equity in Indianapolis: A Reaction to the 2022 ILEARN Assessment 

Creating a Space to Talk and be Vulnerable